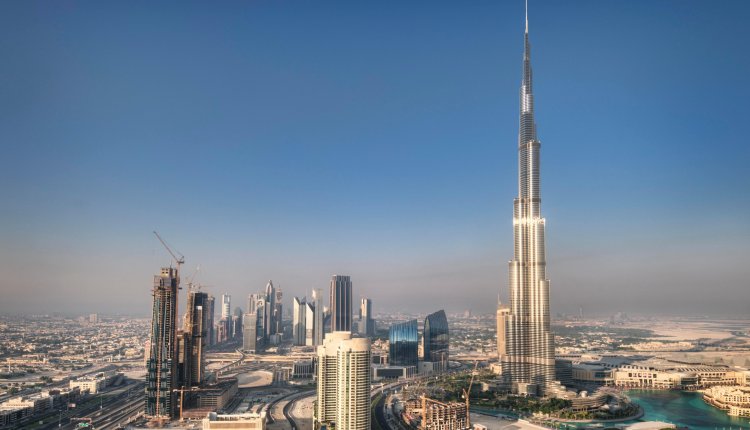 When was Burj Khalifa Built | The World’s Tallest Building

Most people from all around the world consider Dubai the ideal holiday destination. The city has a plethora of iconic landmarks to visit and adventurous activities to explore. One of the most famous of these is the tallest skyscraper in the world, Burj Khalifa. The structure is a curiosity for many who want to know more about the building. When was Burj Khalifa built? How many floors does it have? What fun activities can you experience? Know this and more about the world’s tallest building.

When was Burj Khalifa Built

The concept of the building was the idea of His Highness Sheikh Mohammed Bin Rashid Al Maktoum in order to elevate Dubai’s status as a popular tourist destination in the Middle East. The design incorporated local Arabic culture and landscape.

An American Architect Adrian Smith from the architecture firm Skidmore, Owings & Merrill was the man hired to do the job. He came up with a neo-futuristic design inspired by the desert lily, a regional flower that grows in the Arabian Desert.

Excavation of the Burj Khalifa site began on January 6, 2004, in downtown Dubai. After six years, the tower was open to the public on January 4, 2010, as the tallest building in the world at a height of 828 meters. Since then, Burj Khalifa has become one of Dubai’s prized landmarks that many visitors go to see.

The cost of the project was $1.5 Billion and the entire investment was recovered within the first year after the building was inaugurated.

How Many Floors Does Burj Khalifa Have

The final number of floors when Burj Khalifa was built was 164. The number broke the world record for the highest number of stories ever built.

Burj Khalifa also has the highest occupied floor in the world. There are a total of 54 elevators traveling at 10m meters per second.

Three of Burj Khalifa’s floors are open to visitors as observation decks. These are known as ‘at the top,’ located on levels 124, 125, and 148. These observation decks have ceiling to floor glass walls to offer 360-degree views of Dubai city.  The 124th floor has an outdoor terrace with high-resolution telescopes installed for closer views of the landmarks.

The highest observation deck is at Level 148. The height is a dizzying 555 meters and literally takes you to the top of the world.

Here, indulge in an interactive experience with motion sensors that help you discover more of Dubai’s prominent landmarks. The deck also has a sky lounge with complimentary refreshments that you can enjoy.

What Activities Can You Experience at Burj Khalifa

When Burj Khalifa was built, the tower was equipped with a number of amenities for residents and visitors to enjoy. You can experience the following activities at Burj Khalifa:

Visit At The Top Observation Decks

Get the ‘at the top’ experience by visiting Level 124, 125, and 148 of Burj Khalifa. This is a one of a kind viewing experience of Dubai city, the Persian Gulf, and the Arabian Desert.

Chill Out At The Burj Club

Located on the 5th floor of Burj Khalifa, the Burj Club is the best place to unwind. The club has a world-class gym, spa, and rooftop lounge where you can swim and enjoy a few drinks. 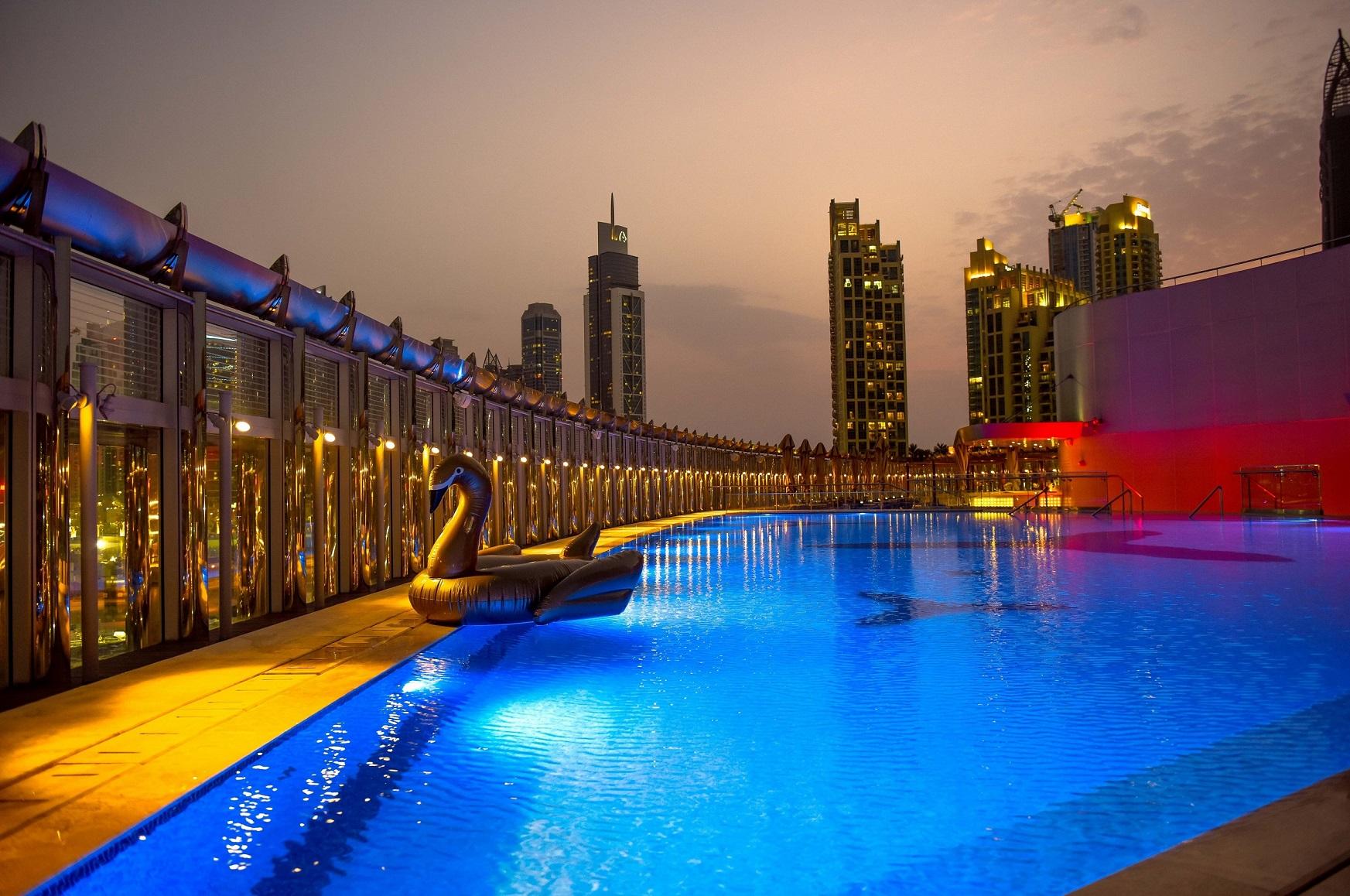 Located at level 122 of Burj Khalifa, this is the highest restaurant in the world. At.Mosphere serves delectable dishes that include desserts, seasonal delights and scrumptious delicacies.

Other dining outlets include: 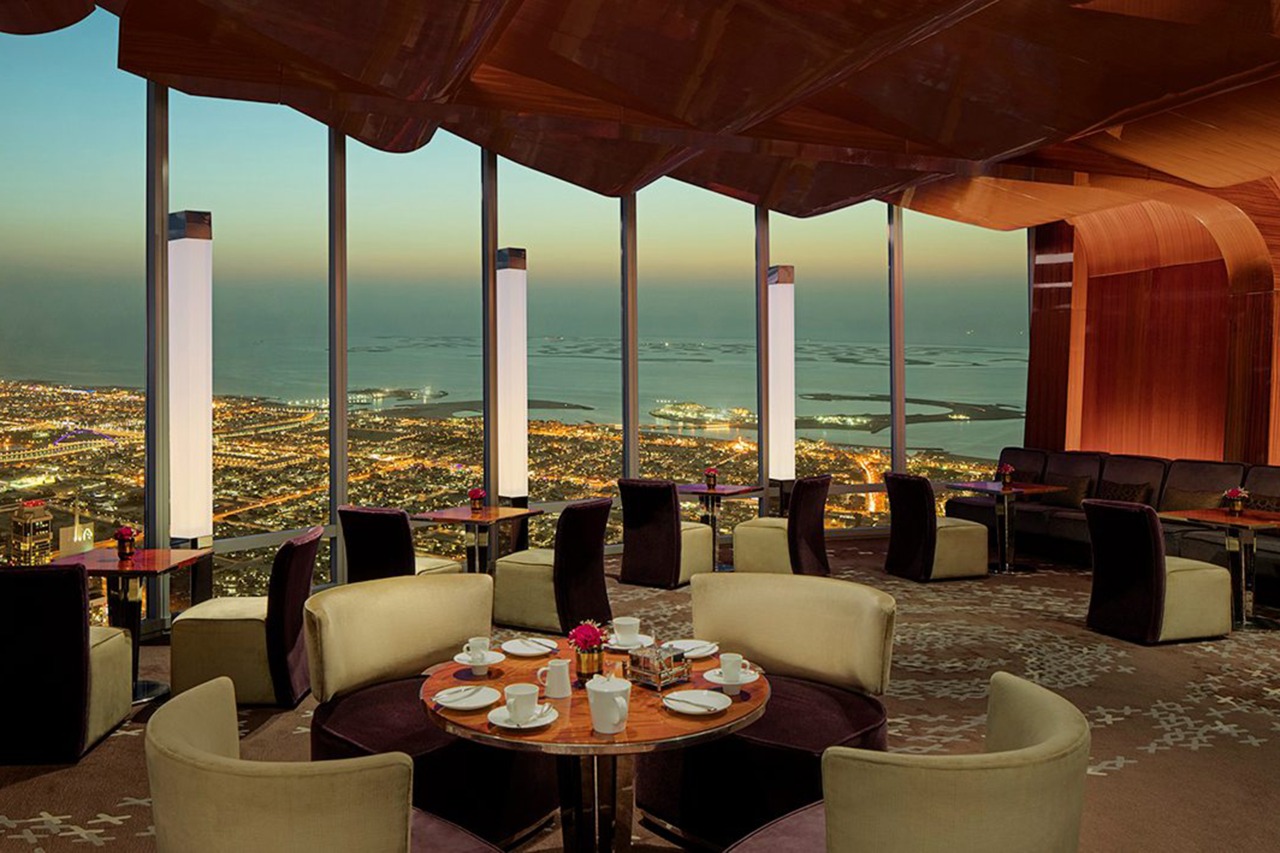 Dubai Mall is a leisure attraction with shopping, dining and entertainment facilities. The mall has over 1300 retail outlets with luxury brand shops such as Louis Vuitton and Cavalli.

A Timeline Of The Tallest Hotel In Dubai 2021

When was Burj Khalifa built? This and more questions have been answered. With all the inside information, you can now confidently visit the iconic building that is the pinnacle of Dubai.

All You Need to Know About Dubai Mall in 2021