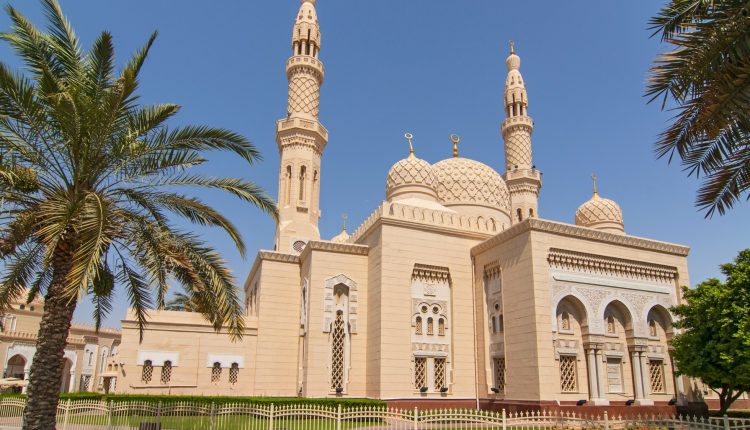 Jumeirah Mosque in Dubai The Definitive Guide in 2021

If you have driven around in Dubai, you probably notice you don’t get far without spotting a mosque or two. The mosques are places of worship for the Muslim community. The Mosques are often spectacular with magnificent works of architecture. The Jumeirah Mosque in Dubai is noticeably one of the most renowned mosques in the city.

The Mosque is also among the top cultural and historical attractions in Dubai. Even more fascinating, it is one of the few mosques in the UAE allowing non-Muslim visitors.

This makes Jumeirah Mosque in Dubai popular among the residents and tourists looking to experience the Dubai city’s culture. The Mosque’s white stone facade, elegant minarets, and beautiful landscaping, and its location along the picturesque Jumeirah Beach Road make it quite a gem.

What to Know About Jumeirah Mosque in Dubai

Although the Jumeirah neighborhood is popular for its eccentric cafes and a host of cosmetic and beauty clinics, the Jumeirah Mosque makes for one of the earliest landmarks in the area.

The Mosque was built by the late HH Sheikh Rashid Bin Saeed Al Maktoum-The ruler of Dubai at that time. The Mosque’s construction began in 1976 and was completed in 1979. Among the most interesting facts about Jumeirah Mosque in Dubai is that the landmark is featured on the AED 500 note. 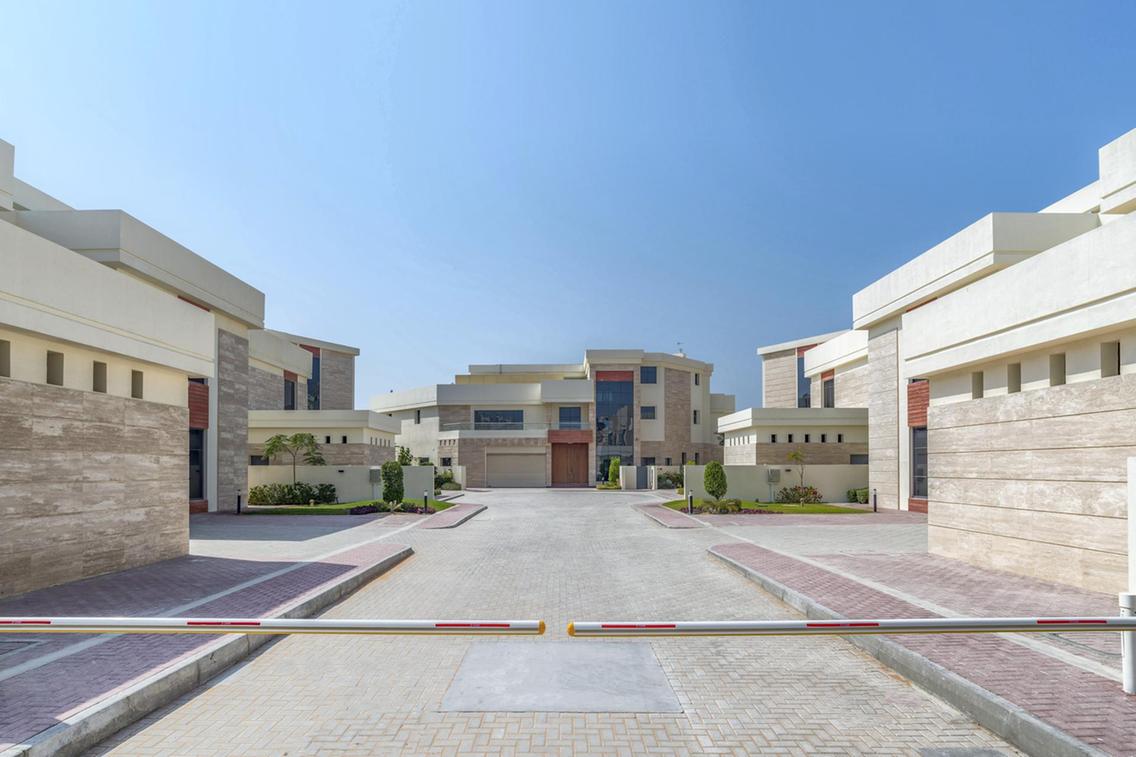 The Most Photographed Mosque in Dubai

The Mosque is unsurprisingly one of the most photographed mosques in Dubai. This is rightfully so for a couple of reasons: 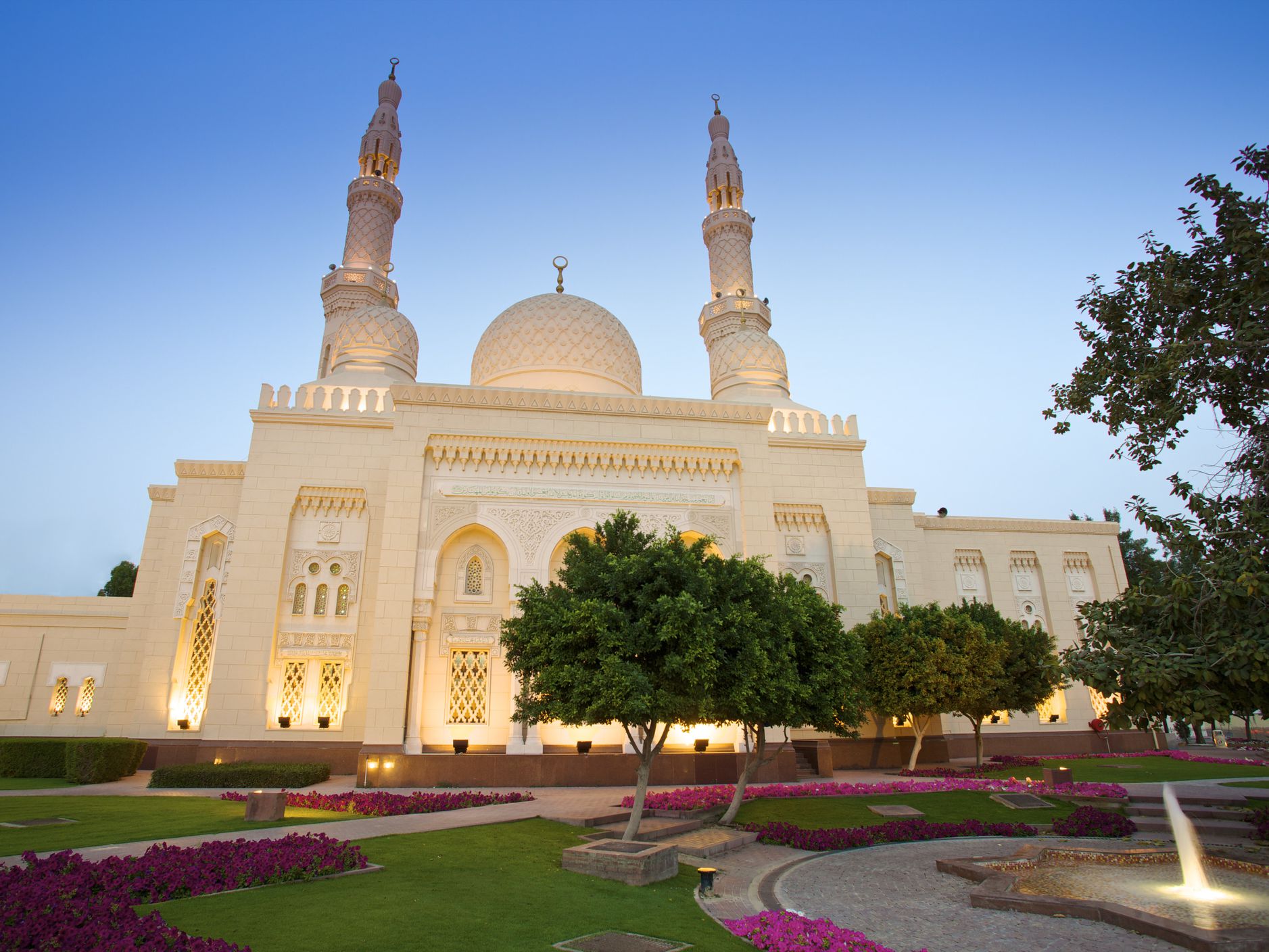 The Jumeirah Mosque compound is a Mosque itself! It highlights lush landscaping and shaded walkways that lead up to an outdoor ablution space, and an indoor majlis.

Get inside the main prayer hall, and you are sure going to be mesmerized by the series of outstanding arches and columns, and over the top green carpet, and stained glass windows. Right opposite the entrance is the mihrab.

This is a niche in the wall indicating the qibla- Direction of prayer. Take note of the peach and blue ceilings inscribed with verses from the Holy Quran. You will also spot beautiful calligraphy, geometric motifs, amazing designs, and chandeliers throughout the Mosque. 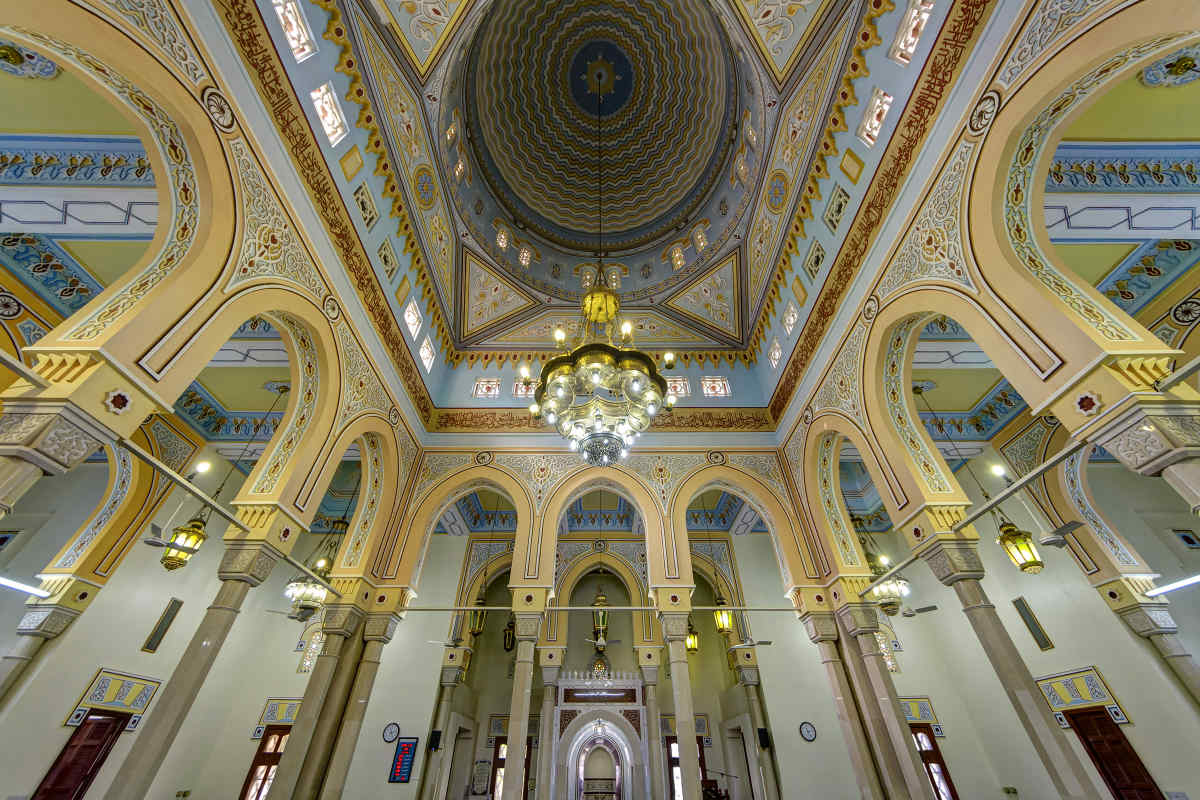 A Tour of Jumeirah Mosque in Dubai

Jumeirah Mosque is not only popular for its stunning architecture but also being among the few mosques in the UAE offering tours to non-Muslims visitors. The tours are run by the ‘Sheikh Mohammed Centre for Cultural Understanding with an ‘Open Doors, Open Minds’ policy’. If you are curious about the Islamic faith and the local culture, then Jumeirah Mosque in Dubai tour is a great starting point!

What to Expect Jumeirah Mosque in Dubai Tour

Jumeirah Mosque in Dubai is located in the suburban neighborhood of Jumeirah 1-Along the Jumeirah Beach Road. Wondering how to get here?

Take Exit 50 on E11 towards Al Safa Street/D71. Head straight, then turn right onto Al Wasl Road/D92. Proceed and take a left turn onto 5B street, then 12A Street.

Lastly, turn right onto 17B Street. Jumeirah Mosque is just at the end of the road.

From Sharjah, take Exit 53 on E11 towards Al Dhiyafah Street/D73. Proceed straight, then turn left onto Al Wasl Road/D92. From here, take a right turn onto 5B Street, 12A Street then turn to 17B street.

If you are using public transport to the Mosque, look out for RTA buses 8, 9, and X28 which all stop near the mosque.

No need to fret about Jumeirah Mosque in Dubai parking, There’s a huge parking space next to the mosque. This makes your visit super convenient.

Jumeirah Mosque in Dubai is a welcoming and friendly environment. It has customized age-appropriate programs for children and adults alike. While here, it is advisable to act respectfully and dress modestly.

For convenience, traditional attire is available to borrow. Women should consider wearing a scarf over their head during the visit, with shoulders covered.

What to Know About Dubai Desert Conservation Reserve

All you Need to Know About Skydive Dubai Charges