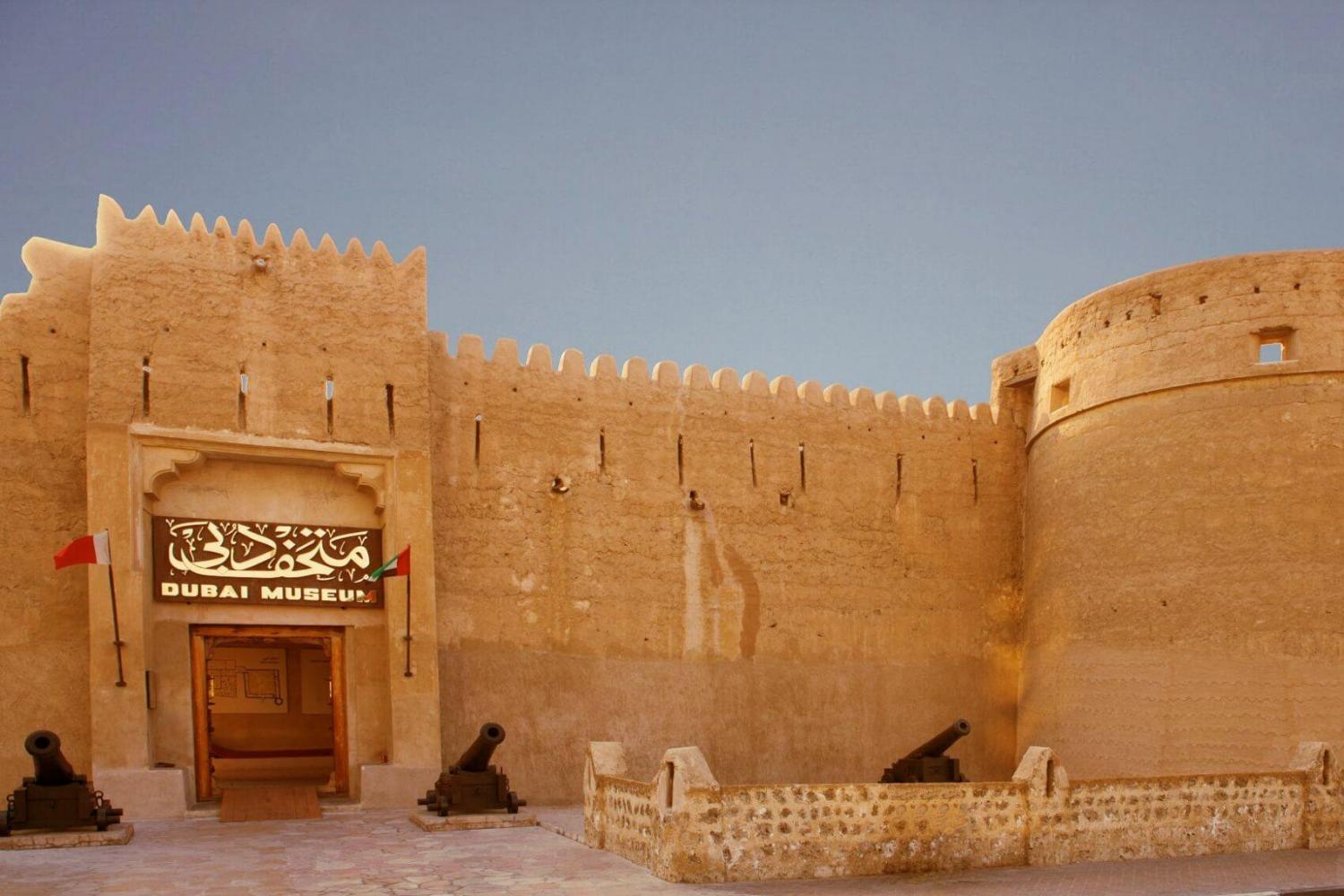 If you are coming to Dubai soon, the Dubai museum should be on your list for sure. The museum portrays the development of the U.A.E and Dubai in particular through the 50 last years. It also displays the culture and heritage of Bedouin nomads who lived in the desert of Dubai and considered to be original locals.

The journey you’ll take in the museum is like traveling back in time to old Dubai, and you’ll see what they used to live like in the past. The museum is also called the Fahidi museum for being located right inside Al Fahidi Fort.

Dubai museum is located right inside the Fahidi Fort which believed it is one of the oldest buildings in Dubai that dates back to 1787. The fort was not only for a defense purpose, but it also served as a residential place for rulers and monarchs back then until 1896 and as a weapon depot.

in 1971, Sheikh Rashid bin Saeed Al Maktoum renovated the fortress and reformed it to be an iconic museum that preserves Arabs culture and history within its walls. the place now is one of the most popular attractions and included in Dubai traditional city tour.  Also, you’ll find it included in the hop on hop off bus tour. so, don’t miss it. 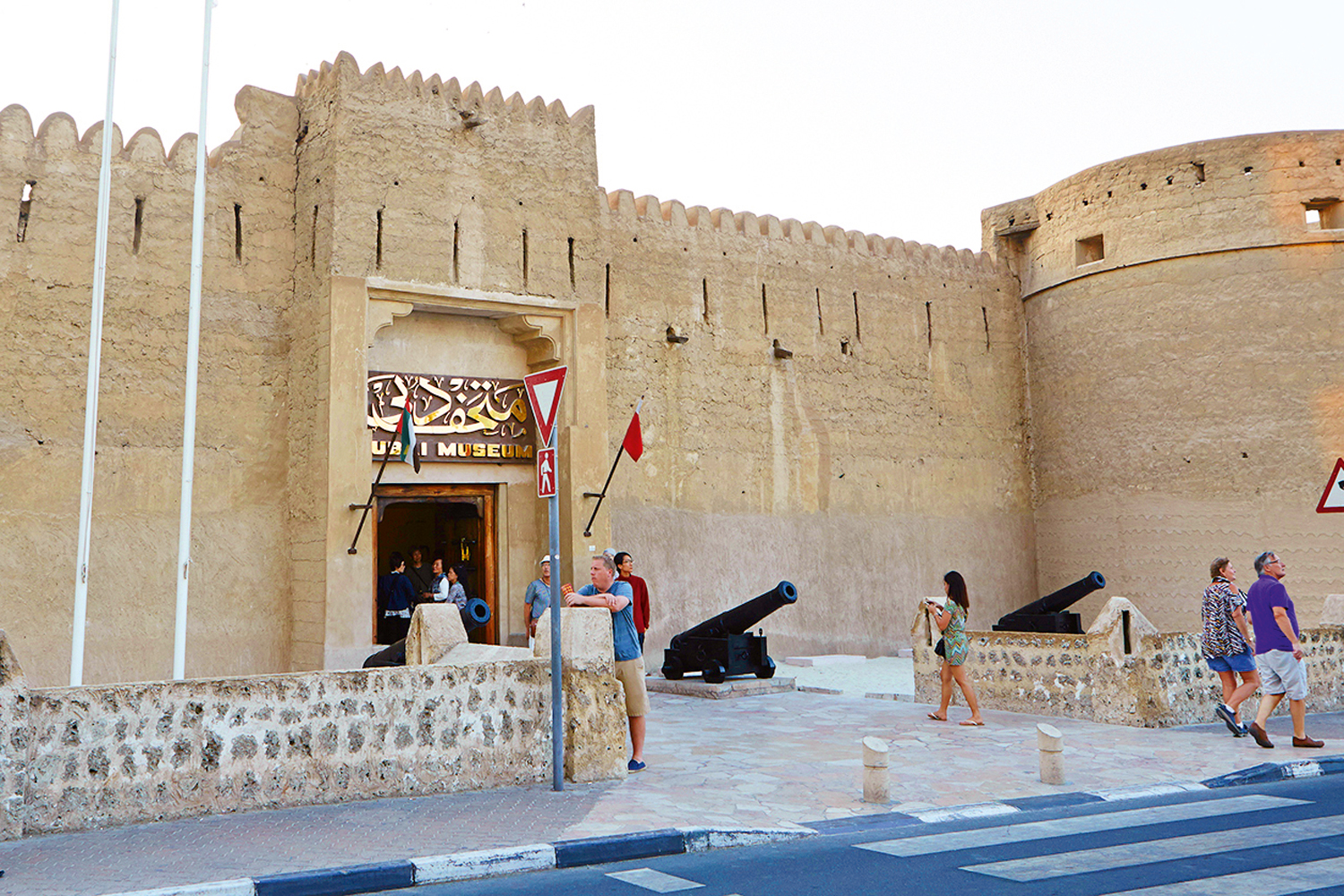 Once you enter the Dubai museum, you’ll find it divided into many wings and sections. each one reflects a theme or a collection of antiques, relics, or weapons. So, here are some details:

This is one of the first wings. You’ll find different items of handmade pottery used for a lot of purposes like cooking, water storage, and food preservation. Simply you’ll find out how locals used to live their everyday lives with simple handmade tools.

The Wing of Dubai

The wing of Dubai is where you’ll find displays and artifacts of ancient Dubai that reflects the daily life as well, and how locals used to work hard in trading and pearl diving before the oil booming that transferred their life after.

If you are wondering how shopping was like in 1950? this wing displays the old theme of how markets were like in old Dubai, and you will find a traditional spice store displayed in this wing.

One of Dubai’s economic factors and main living sources in the old times was pearl extracting and trading. Dubai mainly depended on daily practice as a source of income before the revolution of oil. This wing displays statues of local emirates who are extracting pearls from the Arabian gulf water.

The natural resources of the sea have helped Dubai to flourish and its economy to rise. The sea wing is also displaying some methods of building ships that were used by local fishermen.

The Arabic word “masjid” stands for a mosque in English, and of course, nowadays mosques are completely different from the traditional old ones. They differ in the interior/exterior design and the way they are architected. Dubai museum’s main goal is to show the world the deep heritage and legacy of ancestors, and how they used to live by displaying their lifestyle and atmosphere.

These were the most significant wings of the museum, but of course, there are other exhibits that worth seeing like the fortification wing that displays old weapons, astronomy and natural phenomena wing, and folklore wing. 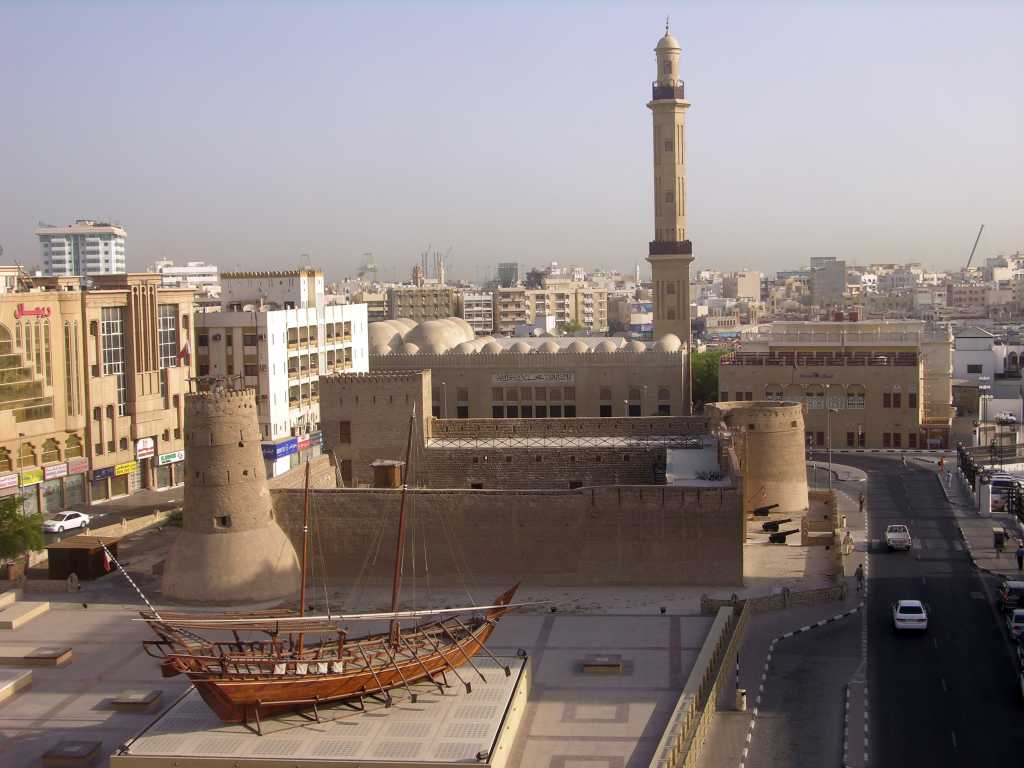 The museum entrance fee is very affordable and everyone can pay for it. It is 3 AED for adults and only 1 AED for kids (under 6 years). So, you don’t have to worry about the cost. The purpose behind this is that the U.A.E government tries to make culture and traditional places not very high-cost to allow foreigners and locals to know more about the country’s history.

There is no specific dress code to enter the museum. Most of it is not exposed to the sun, and the wings are covered up, but make sure to put sunscreen on, wear comfortable shoes, and modest clothes. The museum is opened every day from 8:30 AM to 8:30 PM except Fridays, from 2:30 PM to 8:30 PM.

How to Reach The Museum

Al fahidi metro station is the nearest to the museum which is located on the green line, zone 5. You can buy a metro ticket to reach the museum, but you’ll still walk for a few minutes to reach the location of the museum.

Read More: Modern And Traditional Places To Visit In Dubai 2020

These were the most significant wings of the museum, but of course, there are other exhibits that worth seeing like the fortification wing that displays old weapons, astronomy and natural phenomena wing, and folklore wing.

All about Private Helicopter Price in 2021